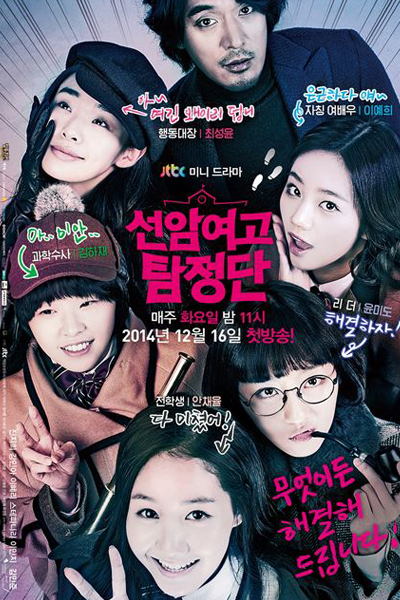 Chae Yul is an exemplary student who has a genius brother who gets all the attention in her family, which makes her feel inferior. After failing to get into a highly-competitive, top-ranked foreign-language high school, she is forced to enroll at Seonam Girl’s High School by her mother who figures that Chae Yul could get straight As at a less-competitive public high school. She believed that it would eventually help Chae Yul get into a top university. On her first day at the all-girls high school, Chae Yul is assaulted by “Biter,” a perverted and demented guy. This incident quickly spreads through the school and everyone gossips about it. To avoid peer attention, she hides in a secluded spot on campus. But she also happens to pass by Mr. Yeon Jun, one of the school’s teachers. “This cologne… It’s the exact same cologne that the “Biter” was wearing!’ Now Chae Yul becomes highly suspicious of Yeon Jun. Her inexplicable karmic connection with Yeon Jun, the mystery teacher, begins. While Chae Yul is still confused by everything that is happening around her, four strange girls who call themselves the “Seonam Girl’s High School Detectives” bump into her. “We’re also victims of ‘Biter.’ Help us track him down,” the girls say. It was such an odd request and Chae Yul refused to join them, but she eventually finds herself helping the group find the offender. To their surprise, they uncover an uncomfortable secret that goes much deeper than they could have ever imagined!
Cast Stars
Detectives of Seonam Girls High School trailer:
View More Video Show All Episodes
Comments
Comments
Follow us on
News Telegram Discord