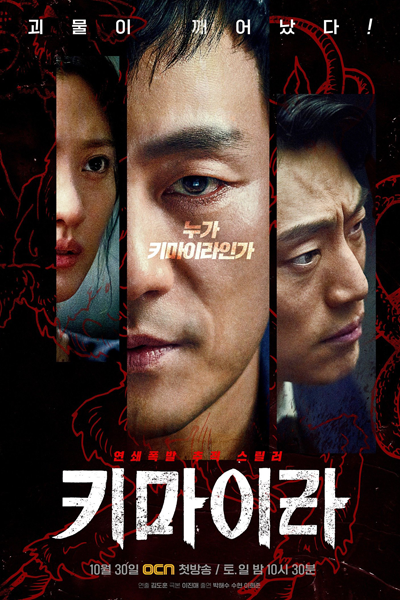 Chimera incident, a serial murder and explosion crime that shook the year of 1984, takes place exactly the same thirty five years later in 2019. Just like the terrible explosion in the past, the murder of the crime is called Chimera, a monster in the Greek myth with the head of a lion, body as a goat, and tail as a snake that shoots fire through its throat. The story follows a violent crimes detective named Jae Hwan, a criminal profiler named Yoo Jin, and a surgeon named Joong Yeob, as they track down the criminal and uncover the secrets between the two cases.
Cast Stars
Chimera (2021) trailer:
View More Video Show All Episodes
Comments
Comments
Follow us on
News Telegram Discord