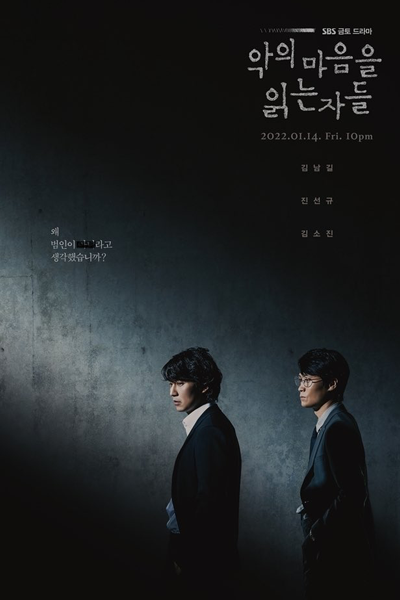 It deals with the beginning of profilers who had to look into their minds to chase away demons that could not be called human beings in the days when the word profiling was unfamiliar and there was no concept of psychopaths, when a series of vicious criminals such as Yoo Young Chul, Jung Nam Gyu, and Kang Ho Soon appeared. It will be another kind of drama that will give you a sense of immersion and tension that you've never experienced before. The original author, Profiler Kwon Il Yong, became a police officer in 1989 and became the first profiler in Korea in 2000. His name was made public when he profiled serial killers such as Yoo Young Chul and Jung Nam Kyu. Kim Nam Gil will once again attempt a strong transformation by acting as a profiler of the Seoul Metropolitan Police Agency's criminal behavior analysis team, which looks deeper into humans than anyone else and takes a more delicate look at others. Adapted from the 2018 non-fiction book of the same title co-written by Korea's first criminal profiler Kwon Il Yong and journalist-turned-author Ko Na Mu, which tells the story of Kwon's field experiences.
Cast Stars
Through the Darkness (2022) trailer:
View More Video Show All Episodes
Comments
Comments
Follow us on
News Telegram Discord