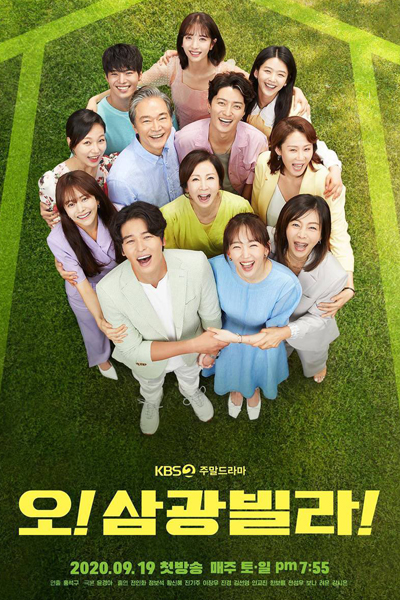 It will tells the story of the various people who gather at a house called Samkwang Villa that’s run by Lee Soon Jung (Jeon In Hwa). The drama will show how these people who started off as strangers begin to open up their hearts and love one another. The story conveys the message that no matter how tough the world gets, the warm seed of love still exists in human relationships and will always be priceless. Jin Ki Joo will take the role of Lee Bit Chae Woon, a hot-tempered, ambitious, and perseverant installer at an interior design shop. She’s always wary of her surroundings because she has always had to care for her gullible mother Lee Soon Jung from a young age. Her final goal is to become a textile designer. On the other hand, Lee Jang Woo will play the role of architect Woo Jae Hee. He’s a straightforward man who gets angry easily, and at the same time, he’s described as handsome, smart, and so overly confident that he is often seen as arrogant. His father is Woo Jung Hoo (Jung Bo Suk), the CEO of a large corporation, but the two never got along, so Woo Jae Hee started living independently ever since college. Woo Jae Hee and Lee Bit Chae Woon will meet at the site of a house under remodeling, and from the very beginning, they will bicker about their respective fields of expertise. The two characters will also end up living at Samkwang Villa, and they each have completely different attitudes about it. Whereas Woo Jae Hee likes the warm affection of this place and easily adjusts to the family-like atmosphere, Lee Bit Chae Woon wants nothing more than to put down the weight of being the head of the family and escape the villa. As they encounter each other at home and work, their chemistry will grow and develop into romance.
Cast Stars
Homemade Love Story (2020) trailer:
View More Video Show All Episodes
Comments
Comments
Follow us on
News Telegram Discord