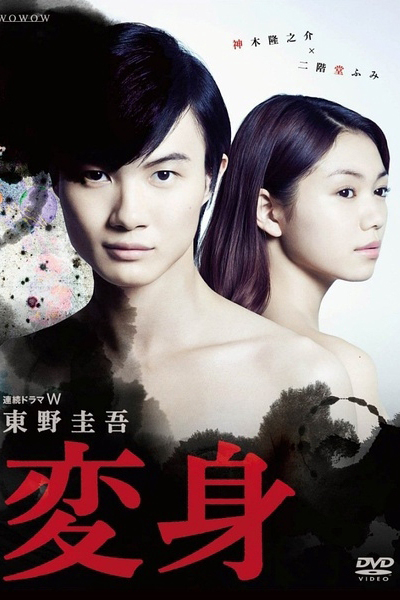 A psychological drama that explores the dilemma of whether a person who has had integral parts of them changed, fundamentally remain the same person. Naruse Junichi hopes to one day become a painter, but he works currently on a factory line. His girlfriend is Megumi and his days are generally happy. On Christmas Eve, Junichi stops by a jewelry store to buy an engagement ring. He then becomes a part of a robbery at the jewelry and he suffers a head injury. Junichi becomes the first successful brain transplant patient in the world. Junichi is unaware that he received a brain transplant. When he is discharged from the hospital, Junichi's hearing becomes sensitive and he also becomes violent. He does not hold the same feelings for his girlfriend, Megumi. Junichi realizes he is changing and becomes seized with horror. Meanwhile, Megumi hopes Junich becomes his old self. She also seeks to unlock the hidden mystery of Junichi's operation. Adapted from the novel "Henshin" by Keigo Higashino.
Cast Stars
View More Video Show All Episodes
Comments
Comments
Follow us on
News Telegram Discord