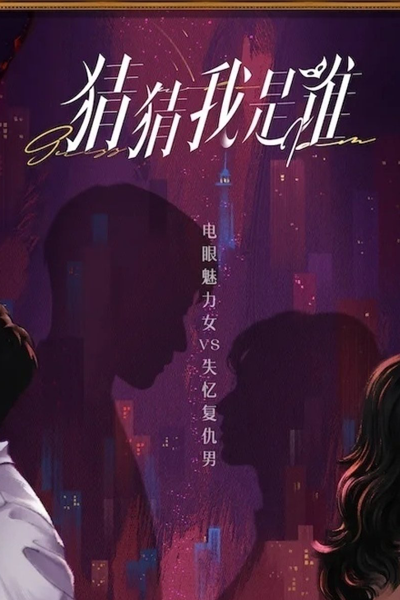 Other name: 猜猜我是谁 猜猜我是誰 拜託！請別和我做朋友 拜托！请别和我做朋友 Bai Tuo! Qing Bie He Wo Zuo Peng You Cai Cai Wo Shi Shei Please! Please Don't Be Friend with Me Guess Who Am I Guess Love

Song Yao who never misses a beat in punishing scumbags encounters the fake prince of Chengtian Group. Caught in a Smiths-like battle, the "unremarkable" girl with electrifying eyes and the liar "CEO" begin their story. Legend has it that there's such a person who makes rich scumbags quake in their boots because she never fails to make them suffer the consequences of their actions. This girl's name is Song Yao. It's all thanks to her fantastic assets in attracting the rich. Any person who is worth hundreds of millions will fall in love with her inextricably as long as he looks into her eyes. Yet no matter how powerful she is, there is a day when she will encounter her Waterloo. Song Yao's eyes fail to work on "Ji Chengchuan" who is the prince of Chengtian Group. Little does she know that this is entirely because the prince in front of him is an impostor named Qin Hao. The meeting of the two "actors" is destined to be explosive.
Cast Stars
Comments
Comments
Follow us on
News Telegram Discord