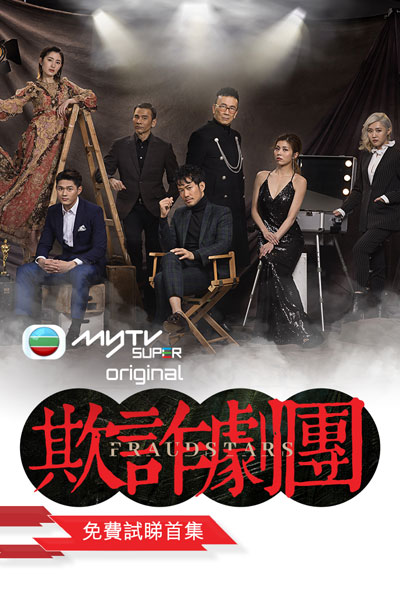 Award-winning novice director Chan Chi-yeung (Pierre Ngo) insists on his own way, causing showbiz people to distance themselves from him and the artistic director of the film crew. Fast-forward ten years and Chi-yeung, producer Herman (Lawrence Cheng), screenwriter Lee Sa-sa (Angel Chiang), martial arts choreographer Master Man (Lam Wai), production designer Shell (Kirby Lam), actress Lau Ka-ling (Sammi Cheung) and assistant director Choi Tsz-lok (Enson Lau) meet up again as they want to launch a project with the objective of making their best movie. Their dream is shattered when the investor accidentally dies. They even have to settle a big restaurant bill. To let themselves off the hook, the septet showcase a seemingly believable scam. Chi-yeung then brings the chums together to establish “Fraudstars”. Until one day, a real crime syndicate show up to force them to have the only option of engaging in a scam.
Cast Stars
Fraudstars (2021) trailer:
View More Video Show All Episodes
Comments
Comments
Follow us on
News Telegram Discord