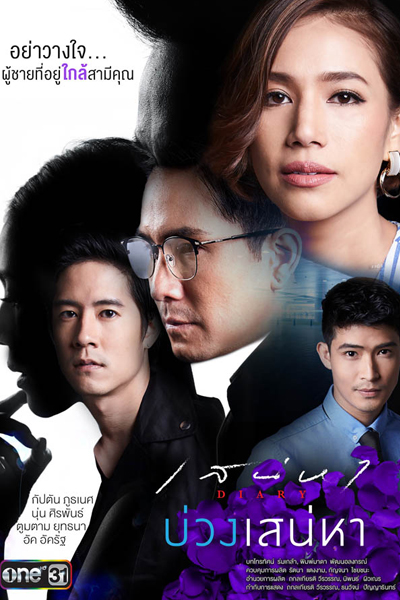 Mintra feels like she's in a fairytale when she finds the perfect guy to marry, Peem. But Jack, a charming model, shows up at their wedding ceremony without invitation. He and Peem are secretly lovers and now Jack is the presenter of the new product Peem's company is launching. Everything changes as soon as Jack comes into Mintra's life. She knows that Peem is having an affair with him, but can't get a divorce since she needs money for her sister's treatment. She finds confort in Ton, her junior, who's secretly in love with her. Meanwhile Jack is angry that Mintra is disrupting his relationship with Peem, and tries to get her out the way, but she won’t back down in the hope that Jack will give up. Peem refuses to choose between the 2, and forces them all to live together, uncaring of Jack and Mintra’s feelings.
Cast Stars
Sanaeha Diary Series: Buang Sanaeha (2017) trailer:
View More Video Show All Episodes
Comments
Comments
Follow us on
News Telegram Discord