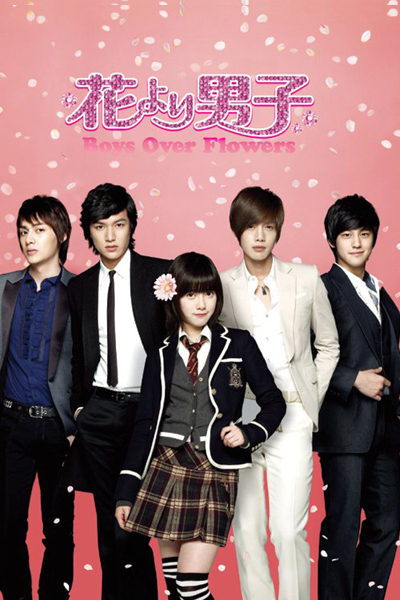 Geum Jan Di comes from a poor family who owns a dry-cleaning shop. One day, she visits Shinhwa High School, a prestigious school for the wealthy, and saves a student trying to commit suicide because of bullying. For her heroic act, Jan Di receives a swimming scholarship and starts attending the school. In school, she meets the notorious F4, the most popular and powerful group of boys at the school, consisting of Gu Jun Pyo; the leader of F4 and heir to the Shinhwa Group, Yoon Ji Hu; the grandson of a former president of Korea, So Yi Jung; a skilled potter who comes from a family that owns the country's biggest art museum, and Song Woo Bin; whose family runs the country's largest construction company. Her life at school starts out miserable, as she doesn't fit in with other students because of her status, and later becomes worse when she is labeled as the new bullying target of the F4. Adapted from the manga series "Boys Over Flowers" (花より男子) written by Kamio Yoko (神尾葉子).
Cast Stars
Boys Over Flowers (2009) trailer:
View More Video Show All Episodes
Comments
Comments
Follow us on
News Telegram Discord