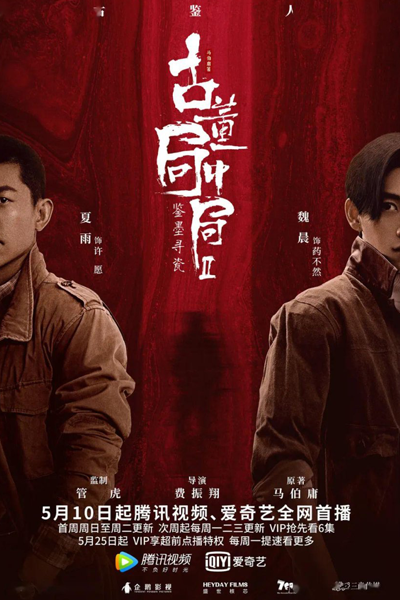 After passing on the shame of the traitor for the grandfather, Wumai's successor followed the training and traced the old dynasty of the antique counterfeiting group, but otherwise, the sympathetic medicine turned to the old dynasty. During the tracing, he learned that the Qingming Shanghe collection in the Forbidden City was a fake. This is a trap set by the Hong Kong auction company Berylian, which intends to monopolize the domestic antique and fake market. Wishing to make a fortune, he had to join forces with Lao Chao Feng, or together with the medicine, and the twists and turns finally proved that the Forbidden City had concealed it as a genuine product. However, Lao Chao Feng Lao Chou did not show up as promised. Wishing and Huang Yanyan have gone through hardships and hardships, competing with the old dynasty for the five cans of blue and white porcelain. With the help of the undercover old dynasty Feng Group's medicine, they will uncover the mystery of the five cans and take advantage of the high seas to salvage the shipwreck, revealing that the old dynasty's Feng is lurking in the five Shen Yunchen. So far, this fake group that has been passed down for five thousand years has been destroyed. Wishing to avenge his own revenge, and eliminate the tumor from the antique industry.
Cast Stars
Antique Bureau Midgame (2020) trailer:
View More Video Show All Episodes
Comments
Comments
Follow us on
News Telegram Discord